AAA: Most Americans Are Not Ready For Self-Driving Cars 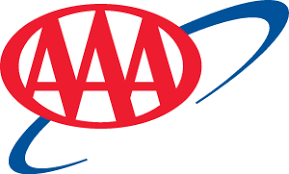 While most Americans want new technology in their vehicle, the majority are not yet ready for their car to drive itself. A new survey conducted found that only 14% of drivers would trust riding in a vehicle that drives itself (a similar percentage to last year’s results).

Nearly 96% of 2020 vehicle models came equipped with at least one advanced driver assistance system (ADAS) such as automatic emergency braking, blind spot warning or lane keeping assistance. More than half (58%) said they want these systems in their next vehicle. Consumers who buy new will likely have at least one type of vehicle safety system. In many cases, this could be their first interaction with more advanced vehicle technology.

A collective effort by both the auto industry and consumers is what it will take to move the needle away from apprehension and closer toward acceptance of self-driving vehicles.

The survey was conducted January 15-17, 2021. The panel provides sample coverage of approximately 97% of the U.S. household population. Most surveys were completed online; consumers without Internet access were surveyed over the phone.

A total of 1,010 interviews were completed among U.S. adults, 18 years of age or older.

The Chattooga County School System has released their positive cases for the week of February 20th-26th.

Like Trion Schools, Chattooga County Schools continue to see a decrease and low positive case count this week. Out of the five schools, only Chattooga High School and Summerville Middle School are the only schools reporting positive cases. These schools each report one positive case.

The School System is reporting 132 quarantined individuals due to contact tracing and precautions.

Man Charged With DUI After Hit And Run

According to a Georgia State Patrol incident report, on February 10th, 2021,  Sergeant Cain was dispatched to a hit-and-run vehicle crash on GA 1 (Hwy 27) in Chattooga County.
The victim stated that the suspect, identified as Jonny Marl Garret, 54, of Rome, struck his vehicle on GA 1 south of Butler Dairy Road and left the scene. The victim followed the suspect and contacted Chattooga County 911 to report the hit-and-run and  vehicle information. Garrett was then stopped by Summerville Police Officers on University Street. Garrett stated that he did not have a license and had an extremely difficult time recalling his address and other simple things. Law Enforcement noted a strong odor of alcoholic beverage coming from Garrett, and when his information was ran in GCIC/NCIC it returned with numerous suspensions.  Garrett stated that he had consumed “a lot of beer.”   He then stated that he had also consumed a “couple” shots of liquor as well.” During the HGN test, Garrett showed six out of six clues of impairment and had to lean against the trooper’s patrol vehicle to keep his balance.
Garrett refused Georgia’s Implied Consent Notice and stated that he had already told the trooper that he had been drinking. Garret was transported to the Chattooga County jail charged with failure to report accident, hit-and-run leaving scene of crash, driving while license suspended, and DUI.

The numbers do not include those who are quarantined due to contact tracing.

The Lady Dogs traveled to Lake Oconee Friday night in hopes of advancing to the Elite Eight in the state basketball playoffs. Even though they fell short, 63-48 the Lady Dogs still leave behind a very impressive season.

They finished the season 19-5 going undefeated in regular, region play. Senior Chloe Murdock entered the 1,000 point club and was also named Region Player of the year for 6A. Teammates, Summer Vaughn and I’ziah McCutchins were named to All Region, while Jenna Mosley was an Honorable Mention. Coach Justin Gentry, was named Coach of the Year.

In last first round of the region playoffs, held at Trion High School last week, every member of the team managed to score during the game, an impressive feat in any game, much less in a playoff game.

Congratulations to the Lady Bulldogs on an impressive season!

The Chattooga County Chamber of Commerce invites the public to attend the ribbon cutting of new local business, Living Life on Target. The event will be held on March 3rd at 11:30
Come join in celebrating this new business and Chamber member. Meet Diane Vinyard, owner and Dale Carnegie leadership trainer. You’ll even be able to get a sneak peek at the services she provides with a 10-15 minute teaser session.
March 3 at 11:30 a.m.
10034 Commerce St, Summerville, GA 30747

Here is the latest arrest report from the Chattooga County Sheriff’s Office for Saturday, February 27, 2021:

A sixty-five-year-old sex offender was arrested on Thursday of this week by the Chattooga County Sheriff’s Department on charges that he failed to properly register with law enforcement.

According to the GBI’s sex offender register, Marks was convicted of rape and aggravated sodomy in May of 1988.  In 2013, Marks was arrested by the Chattooga County Sheriff’s Office and charged with simple battery under the Family Violence Act after being accused of grabbing a woman by the neck and throwing her onto a couch.  Marks also has a history of alcohol-related arrests.

Marks was booked into the Chattooga County Jail on Thursday morning and was charged with probation violation for failure to register as a sex offender.

Polk County Police are still seeking help in locating a suspect in a hit-and-run that occurred last week that injured a woman.

Detective Caleb Bowman said at midweek that police had yet to locate Ronald F. Forsyth, 42, who is being sought after he fled from officers during a traffic stop and leaving behind the vehicle he is alleged to have struck and injured a woman on February 16.

Forsyth was last seen around Johnson Lake Road and Judkin Mill Road in the Cedartown area, when he was able to elude officers during a search when he got away on foot from officers pursuing him for the hit-and-run.

He was last seen in a camouflage shirt and a black undershirt.

Forsyth is reported to have fled from the Valero gas station in Cedartown at 1408 S. Main St. after he struck a woman on Feb. 16. Police did not identify in their report on the incident, but did say she suffered injuries serious enough to require hospitalization.

Those with information about Forsyth’s whereabouts are encouraged to contact the Polk County Police at 770-748-7331, or directly contact Bowman at his office at 678-246-5107.

Teachers Are Next In Line To Receive COVID-19 Vaccine

Teachers are next in line for vaccine.  Preschool and K-12 school employees, adults with intellectual disabilities and their caregivers and parents of children with complex medical conditions will be eligible for the COVID-19 vaccine in Georgia starting March 8th, Governor Kemp announced on Thursday. On Thursday Governor Brian P. Kemp joined Georgia Department of Public Health Commissioner Dr. Kathleen Toomey and Georgia Emergency Management and Homeland Security Agency Director Chris Stallings at the State Capitol to provide an update on COVID-19 vaccine distribution and expanded criteria to receive the vaccine.

An online tool with scheduling criteria for vaccine appointments at public health sites should be fully operational some time in March, Georgia Department of Public Health commissioner Dr. Kathleen Toomey said in the press conference Thursday.

People with severe underlying medical conditions could become eligible by the end of March, if all goes well with the latest vaccine expansion. The criteria for this particular group of Georgians might be finalized in the coming days. 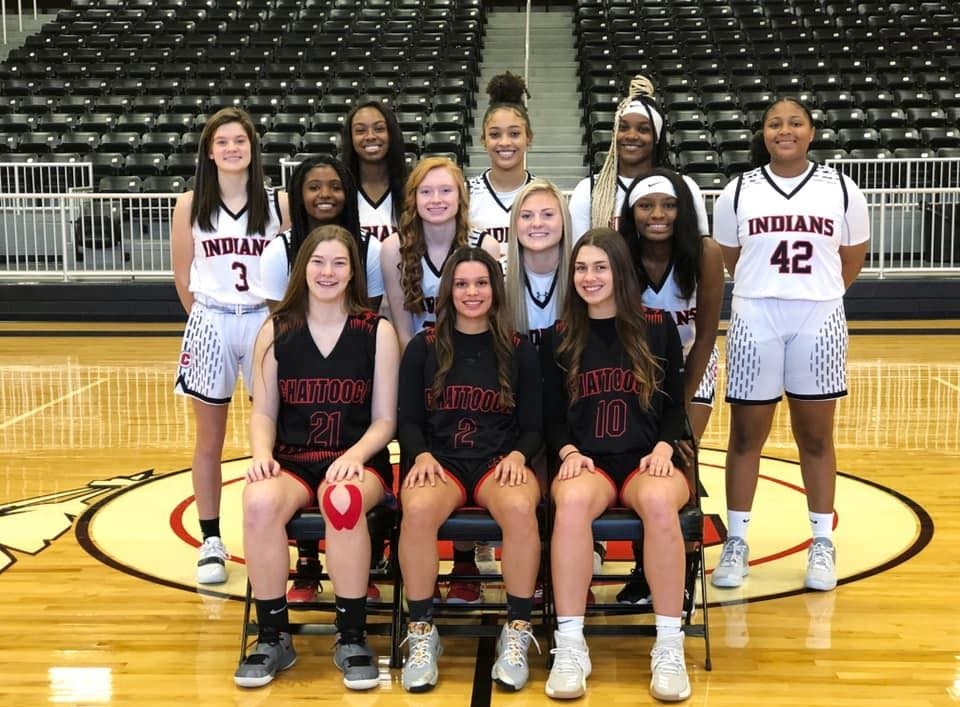 The Chattooga Lady Indians are on the road this afternoon, travelling to LaGrange to take on Callaway in post-season play.  You can catch all the Lady Indian’s action on WZQZ FM 99.1 and AM 1180 this afternoon.  Barry Peppers will have the play-by-play with tipoff at 4:30 PM.  The pre-game show will get underway at 4:15.  Today’s game is brought to you by Mohawk Industries, Harvey’s South End Auto, H&R Block in Summerville, Bain’s Welding Supply in Mentone, McDonald’s in Summerville, Reece Tire, State Representative Eddie Lumsden, Hampton Heating & Air and Georgia Northwestern Technical College.

If you have a child that needs to be enrolled in Pre-K, you want to mark your calendar for Friday, March 12, 2021

Pre-K registration for Lyerly, Menlo and Summerville Pre-K classes will be held at the Chattooga County Education Center located at 206 East Penn Street in Summerville – the sight of the former Summerville Elementary School.

The “Lone Ranger” once again showed up and spoke up at the Walker County Commissioners meeting this week. This time, after using racial slurs during his speech, he was asked to leave.

Ray Burnfin, dressed in a cowboy hat and mask,  first addressed the Walker County Commissioners board back in January. He used the public comment period to voice his support about using racial slurs and the Confederate flag, even saying the n-word and defending its use at the meeting.

Commissioners didn’t say anything the night it happened, but they did condemn Burnfin the next day,  saying they had not initially addressed the inflammatory comments because they had been shocked by what he had said.

On Thursday, Burnfin began talking about freedom of speech, racism, and the English language. He also brought along books such as dictionaries and a Bible.  He said in those books it explains “what racism actually is” and proceeded to say the n-word is in the dictionary, and said it.

Immediately, commissioners informed him that his time was up and he was ordered to leave the meeting. Earlier this month, commissioners voted to approve a new code of conduct for public meetings.  The new rules say commenters will refrain from “remarks that are lewd, vulgar, obscene or profane.”

Anyone who violates the rule could be forced to forfeit their time and be removed from the meeting.

The Trion Fire Department is selling the wristbands pictured as a fundraiser for the department. The wristbands are $2 each.

All money raised will help purchase items needed to help protect the community and provide items needed for training. You may purchase a wristband by visiting the Trion Fire Department Facebook page and commenting on the original post. The wristbands are expected to be in by the second week of March.

They are also doing a giveaway of the wristbands. Like Trion Fire Department page and then like and share the original  post to be entered in a drawing for 10 FREE wrist bands. Drawing will be done Live on April 14, 2021. 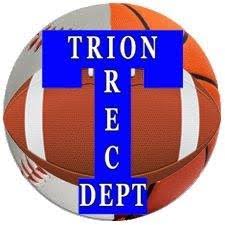 The Trion Rec. Department still has openings and will be signing up for 10u soccer and 8u softball. Signups will continue until Monday, March 1st.

Per the Trion Rec, They are currently sitting at 18 kids registered for softball and would  really like to get a second team! If you missed registration or would like to sign up for 8u Softball, please come by the rec today, Saturday February 27th, or Monday to get registered. Age control date is September 1, 2021.

They are re-opening 10U soccer registration. They would like to add 2-4 additional players. They have too many for 1 team and are just a bit short for 2 teams. Age control date is September 1st of 2021.

Here is the latest arrest report from the Chattooga County Sheriff’s Office for Friday, February 26, 2021:

Rain, Rain And More Rain On The Way

The Trion Lady Dogs will take to the road today to take on Lake Oconee Academy in the next round of the State Basketball playoffs.

Game time is set for 6 p.m. tonight. The Lady Dogs are fighting for a spot in the Elite 8 next. 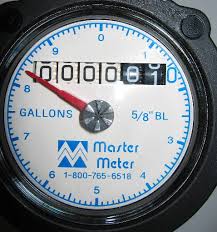